Syndicate had the honor of doing VFX for the Swiss bank Cembra’s film.

The task was to create a robot that challenged the Average Joe in his daily work. In the end Cembra offers Joe an opportunity to get a higher degree of education through student loans.

What made the project extra interesting was that Syndicate used their brand new “ROKOKO” suit for motion capture. That, and the fact that Axel cast the fastest rollerblader on the planet to do the stand-in acting for the robot made this project state of the art.

Björn Benckert, Syndicate’s creative lead, was on set doing VFX supervision, and used a fixed reference cam to capture the full body and skates of the stand-in, as the rolling part was not something the Rokoko setup provided data for.

So a combination of pixel 3D tracking and the wifi data feed from the Rokoko suit was used by the Syndicate CG team to create a pixel accurate motion track. As you can see in the splitscreen above, there was some elaborate clean plating done to remove the stand-in. We hope you enjoy!

The film later Won the annual ROKOKO animation award for best mocap. So yes, if you want the best, dont hesitate to give us a call. ; 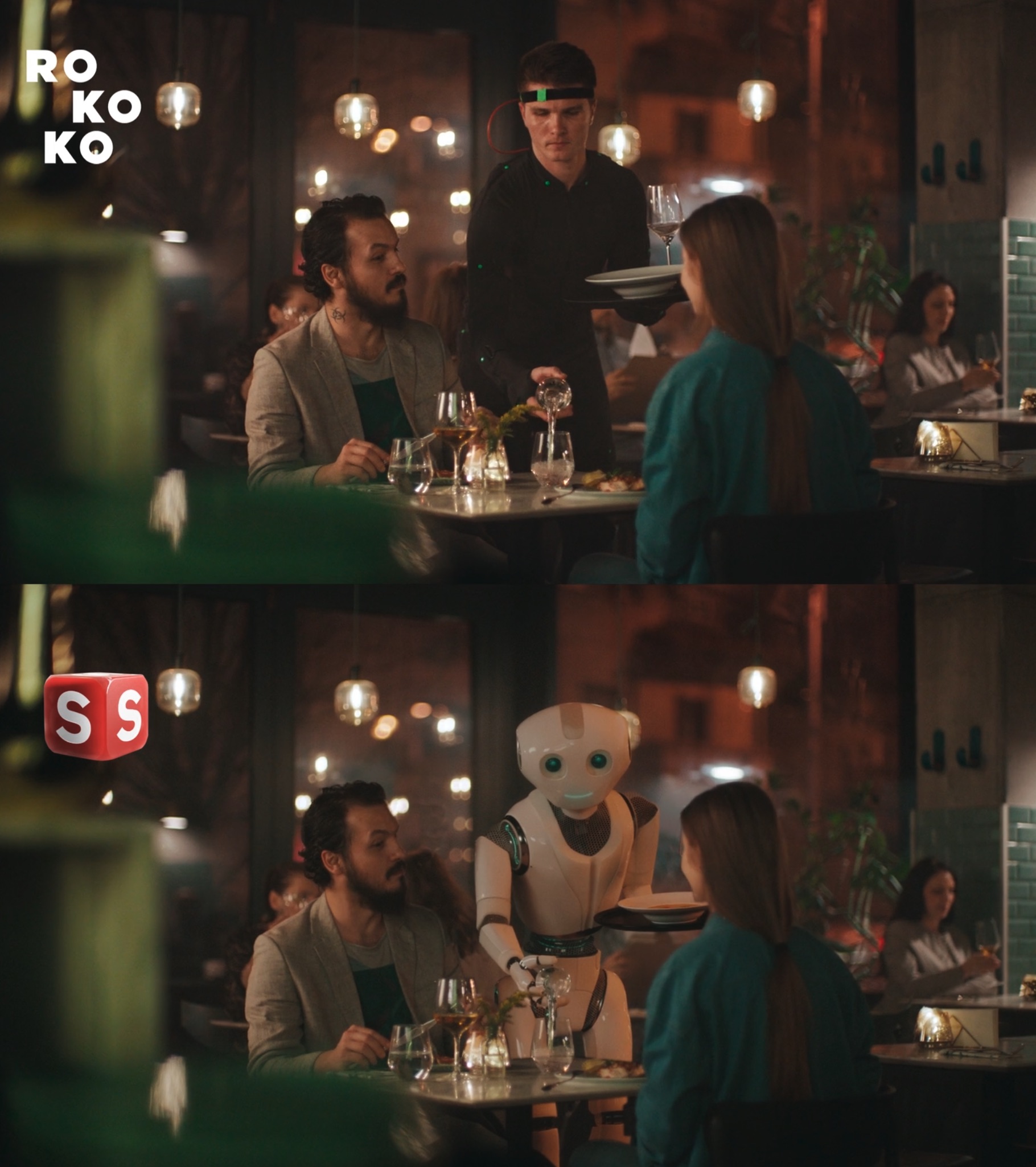 Cembra - Waiter Before & After VFX