This is a true Syndicate production, everything from script/ concept development to final films and highres print. And ImAlec, Anetkas little brother did the music composition.

The campaign goal was to stir interest for Gröna Lund´s new web based booking system “Jetpass” which will allow park visitors to earn discounts and fast lane access to popular rides if they pre-pay their visit.

So we developed “The lund” a concept with a world where all park attractions roam free without worries… But as in every paradise there is trouble… in this case the jetpass system, as it cause stress among the the park attractions. The kids ride, the ladybug train for example, she’s simply not fast enough to qualify as a Jetpass ride.

Well, to be honest that storytelling mumbo jumbo mentioned above  was mostly something we made up as an excuse to get to animate all these parkrides. A tactic that actually worked, the Park&Resorts marketing team liked the idea and swallowed it hook line and sinker, who would have thought.

But, just as the campaign was all done and delivered the pandemic hit and the first and pretty much only corona restriction implemented here in Sweden was park restrictions. So sadly this little gem campaign of ours got shelved. Trying to reach Disney now to see if they need some animated park rides… 🙂

Gröna Lund - Jetpass Before & After VFX 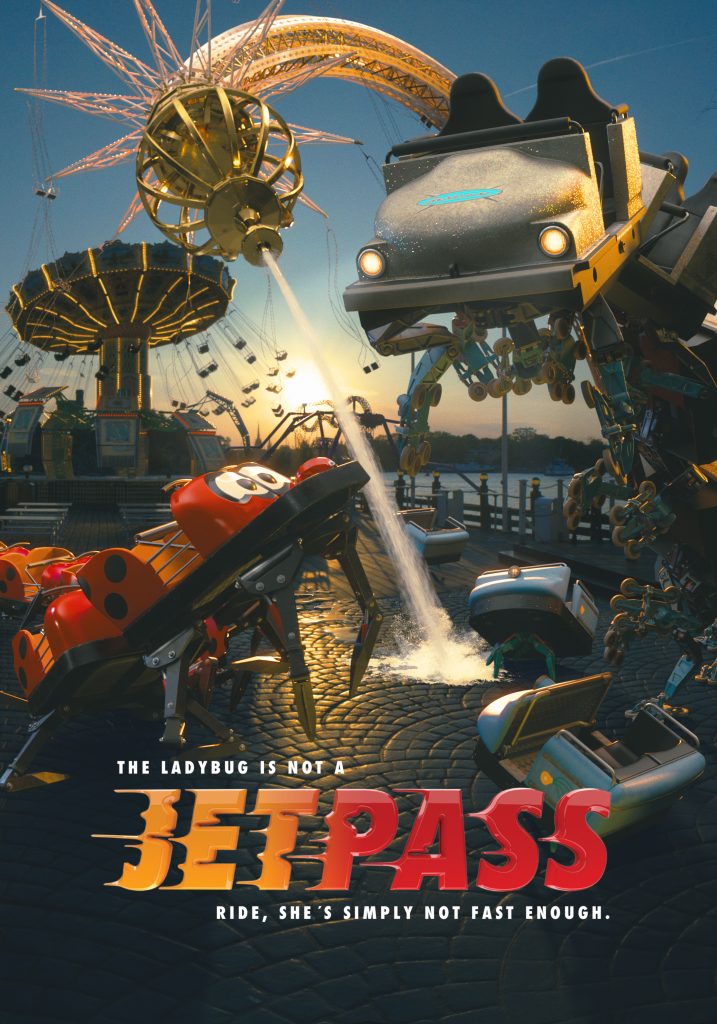